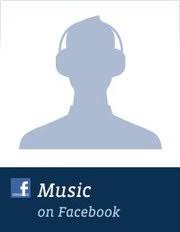 to all PINOYs hooked with Facebook, here’s more reason to spend more time on the most popular social networking site, Facebook intends to launch its long-rumored music service next month via Spotify, MOG and Rdio.

the music media platform, which might be announced in Facebook’s f8 developer Conference, will allow users to directly listen to music streams from within Facebook.

“There’s nothing new to announce,” a Facebook spokesperson said. “Many of the most popular music services around the world are integrated with Facebook and we’re constantly talking to our partners about ways to improve these integrations.”