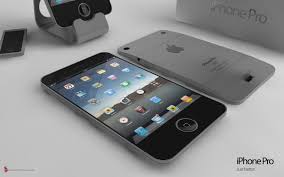 PINOYs on iPhone are all excited for the iPhone 5, bet you’re aware that the latest prototype got lost (yup Apple lost another iPhone :)), well here’s more juice to this story – there were reports that those who visited and did an investigation of the man who purportedly got the latest prototype, weren’t police @ all!

on aug31, CNET reported that Apple yet again, lost another prototype of its iPhone. the latest being iPhone 5 went missing in a bar in San Francisco and was traced via GPS to a 22yrs old, Sergio Calderon.

“They threatened me,” Sergio Calderon said and they searched his house yet they found nothing. “We don’t know anything about it, still, to this day… They made it seem like they were on the phone with the owner of the phone, and they said ‘The person’s not pressing charges, they just want it back. They’ll give you $300,” he added.

UPDATE: The San Francisco Police Department has now confirmed to SFWeekly that it did in fact assist Apple security with the search. An update can be found [bgr.com]